Making chocolate with only 2 ingredients – cacao and cane sugar – sounds simple.  But simple is not simplistic.  Simple can be hard.  Finding cacao of the finest quality can be hard.  These thoughts crossed our minds as the vehicle sat perched, quivering on the edge of the steep drop.  Staring into the dense valley floor below.  The road grader that had gone over the edge should have warned the driver.  Light rain on freshly graded volcanic mud can do that. 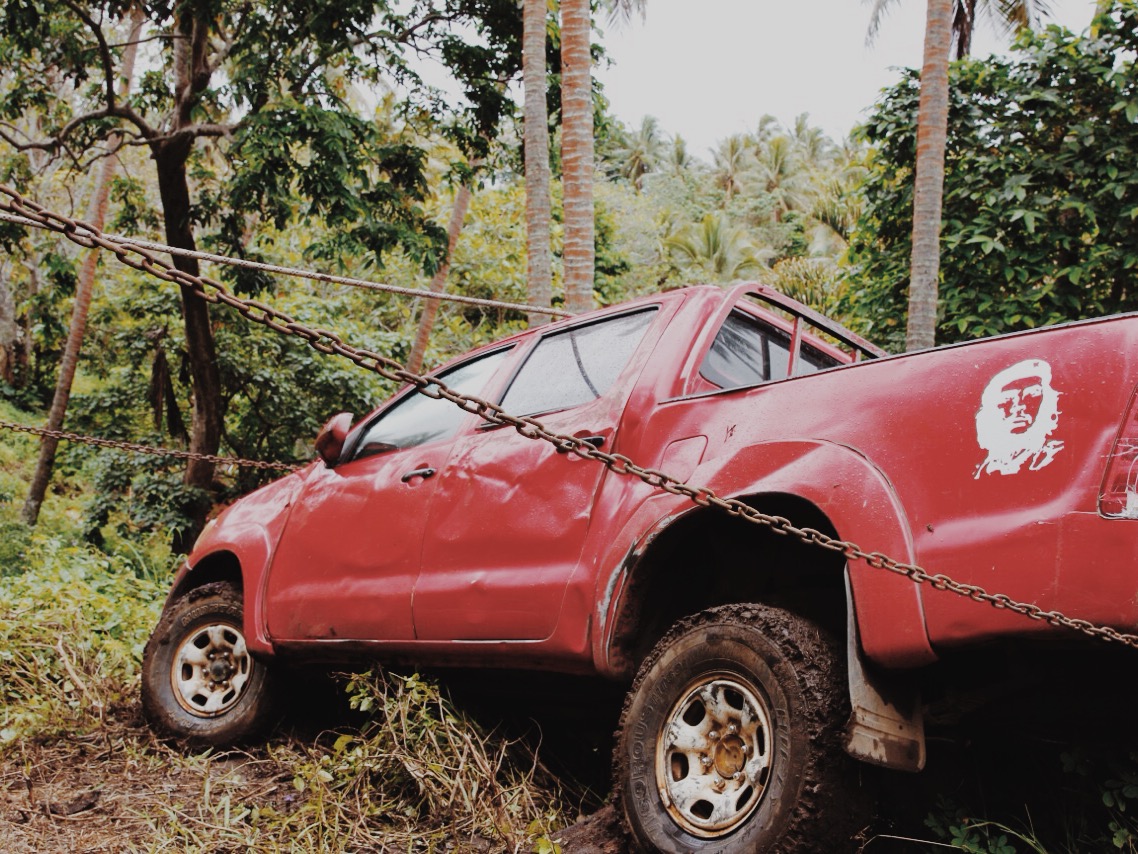 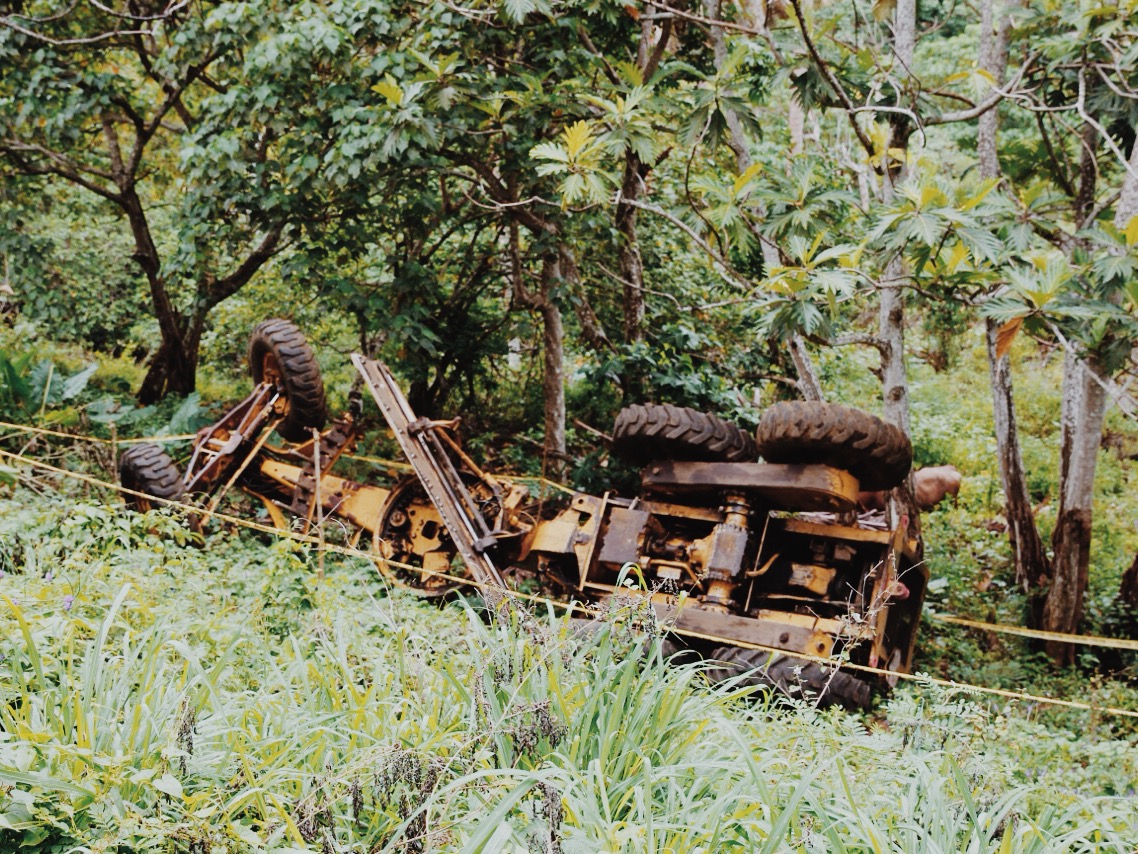 Josh and the others, travelling in the back of the ute, had already jumped to safety as the vehicle started its slide towards the edge.  A rare example of when travelling unrestrained in the back of a vehicle is a safe place to be.  We would have been ok except the driver in the midst of the mild but recoverable drift towards the edge hit the brakes and spun the wheel.  Traction gone from the equation we surrendered control to the most basic laws of physics.

I wacked on a seatbelt (rarely found in vehicles in Vanuatu and never worn) and wound the window up.  If we were going to roll I did not want bits of me sticking out.  I suggested the driver do the same.  No response.  Spoke only Bislama (local pidgin).  Handbreak applied and first gear engaged we kill the ignition and slide from the vehicle.

The second vehicle following – time stands still as it goes into a gentle slide.  Almost a similar fate but its slide stops a half metre short of the point of no return.  No chance of recovering our vehicle – just secure it with ropes and chains to frustrate its progress to the valley floor below and wait for a suitable tow vehicle or 20 cacao growers.  Odds on to be 20 cacao growers.  Reduce pressure in the tyres to maximize traction.  Using logs and dried palm fronds we inch the second ute back to safety.

Island style. No raised voices.  No criticism.  These things happen. 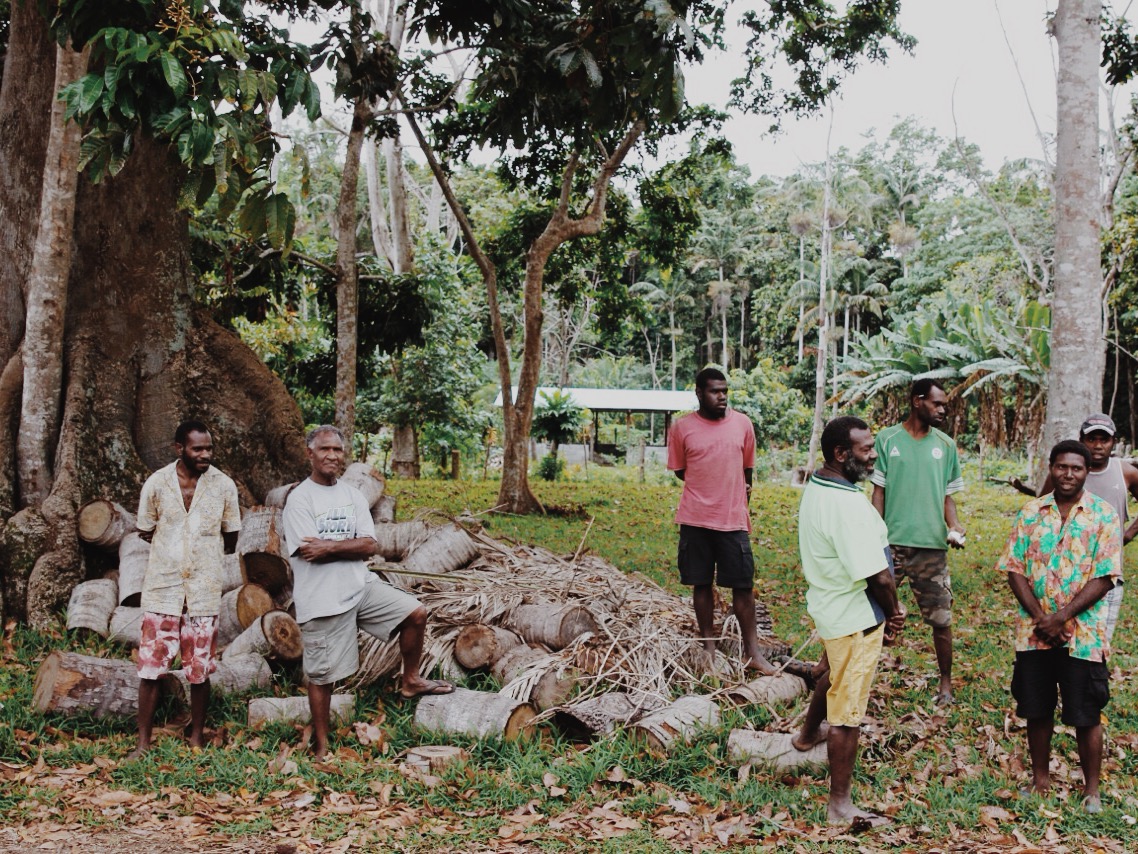 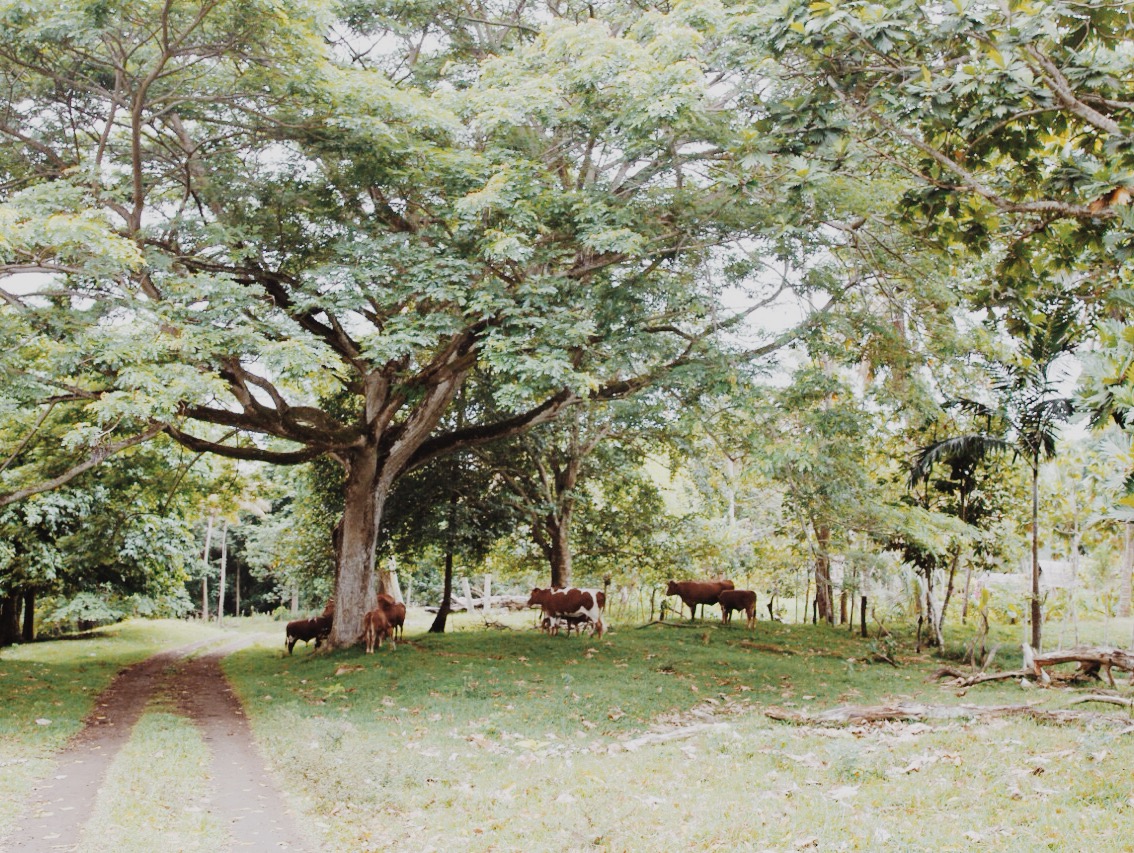 It would always be easy to get a bit upset about the fact we had been put in a vehicle with a driver who, we learned subsequently, got his license the day before. But this is Vanuatu.  He has to learn somehow.  No thought of changing the driver.  That would be disrespectful.  The only concession to a revised safety regime was Joseph in the back calling gear changes and the timing to change into 4 wheel drive as we entered the more hazardous spots.  Even that was done in a deep pocketed nonchalent manner with the directions being more in the form of suggestions rather than commands. 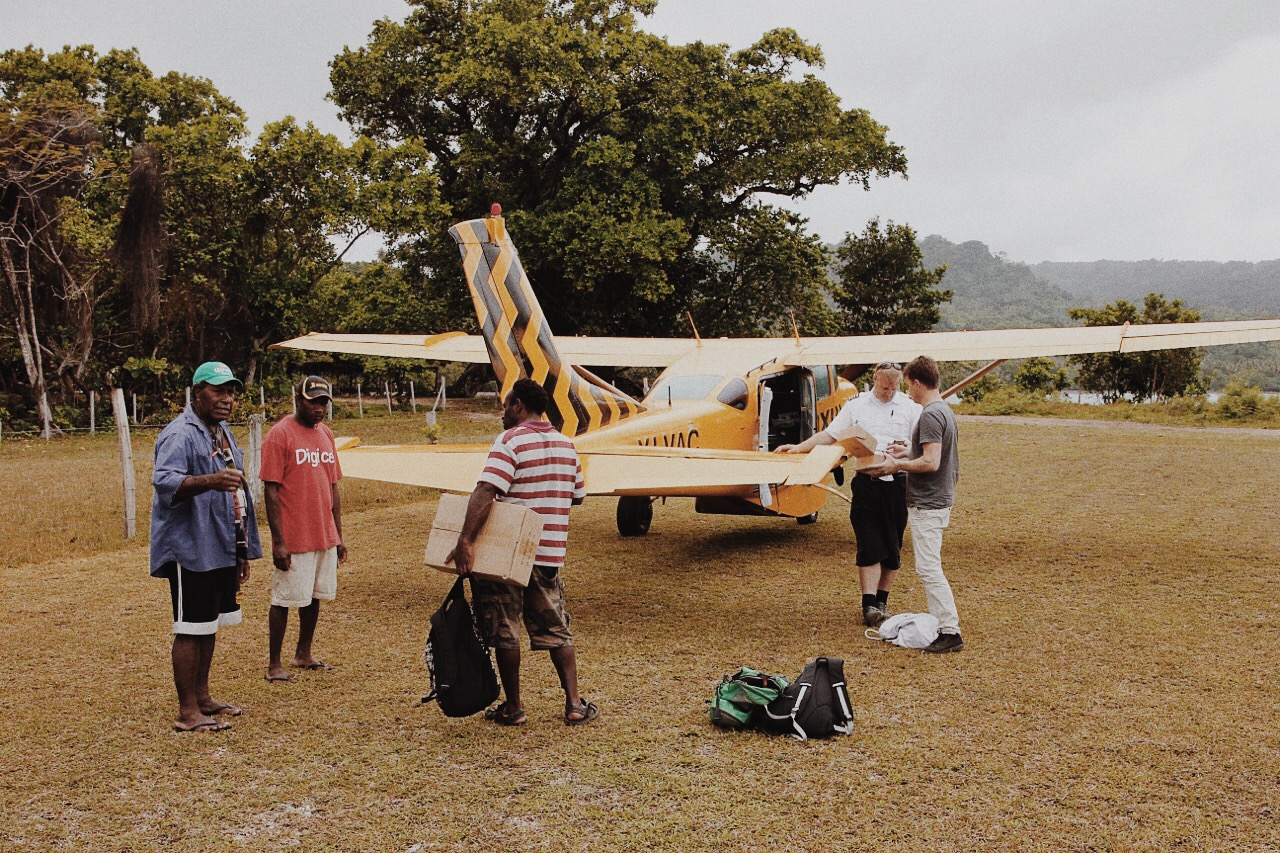 So if people want their chocolate to reflect place and human endeavour – there is a fair chance the next batch from Epi Island should not disappoint.

Just not quite sure how we will get it out.  Certainly not in the back of a ute.